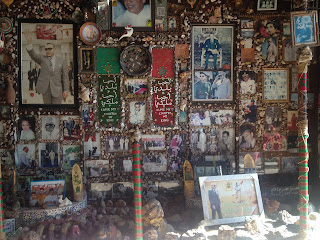 I went here for the boy's only really but was Interested slightly myself at was It really as amazing as people had said to me before? So we went, I had a open mind and understood I will see thing's I don't agree with but at the same time be amazed because as we travel you have to understand this Is there culture not ours and I want my boy's to see and understand this, so yes we were there and we were going to experience Jemaa el-fna Square and enjoy our time. 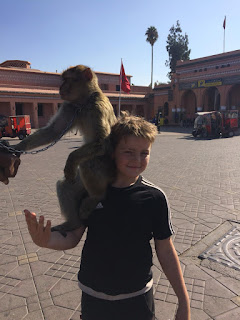 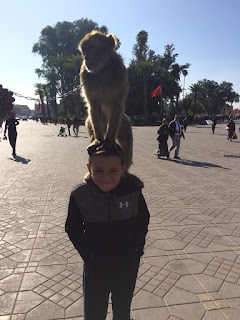 A bus ride from our camp and we were there after twenty minutes. First thought was it's not that busy? This was a place for tourists who were mainly avoiding the guy's sat with there Cobras playing a tune to there twisting movements as soon as you are there In the square. Every step we are shouted at "come In see my shop" constantly approached by men with menu's telling us this Is the best food here, screams from the juice stalls "50dh a drink" everybody want's our custom and this continued for the whole time as we visited many stalls the same. It became exhausting and now we were finally ready for food In a place of our choice if at all possible but before we headed off for a food place and there Is so many the boy's spotted the guy with the chained monkey which I understand Is a common thing here for tourist. It's there culture and I was totally amazed by this. This wild animal so tame jumping up for a picture with all three of us, and I enjoyed the moment but felt slightly sad I was on my way to Africa soon to see wild animals and now we were part of this madness. I kept telling the boy's It's the culture and there world not ours. We agreed It was sad and cruel but were amazed as I handed over 200dh for the experience (£16.00) approx.
Now even more exhausted and taken back by the whole day we had found a food place. We sat on a long table with many tourists sitting along benches and ordered. Jacy munched through half a chicken & chips, Coban had his usual fish dish and I had a lamb tagine. Food was okay. Agreed with boy's it's time to leave after some four hours. We purchased two wooden cobras and ice cream and headed for the bus station which was in minutes of the square and we was on our way to camp very tired. 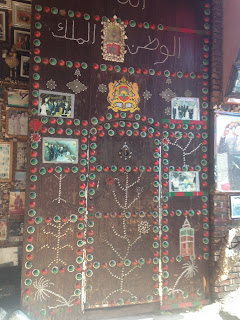 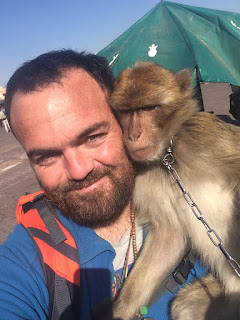 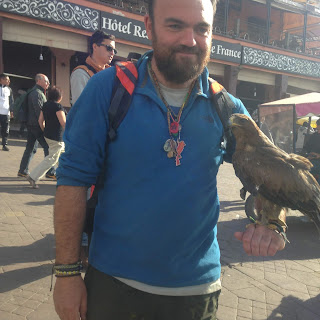 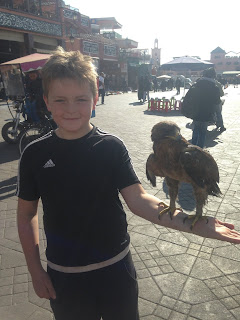 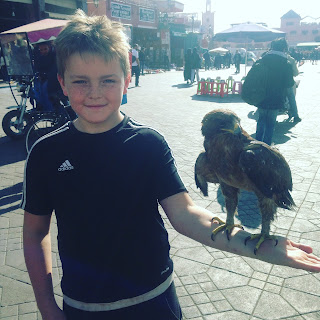 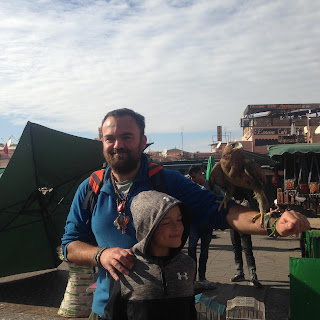 Run Wild & Free. Read the up and coming blogs about camping just outside Marrakech.
Posted by Supertramp+2 at 18:54